About the Oru Seco Paly Along Set

Volume 1 of 3 instructional batá play-along set. Learn and pratice the Oru Seco with Grupo Olubatá. This album contains a total of 48 tracks for a total playing time of 58:14(m:s).

This is Volume 1 of 3 sets of audio tracks created to help percussionists practice and learn the rich rhythmic content of the afro-cuban Oru Seco. It is meant to be purchased in conjunction with the lead sheet chart or "road map" chart made available here. It is extremely important to note that no two groups play the oru seco in the same exact way and its interpretation continues to vary. Volume 1 is a very clean performance of the complete movement and its 23 sub-movements (the orishas):

The first track -Eleguá- is posted in its entirety as a free sample along with its other two play-along sister tracks -one without the itótele and one without the okónkolo. In addition to the above-mentioned 23 tracks, this Volume also includes two bonus tracks, an Eleguá-Cantado and an Arará-Palo, (both with singing) as well as the 23 MIDI output tracks of the transcription exported directly from the notation software. Though not an absolutely exact transcription, we recommend playing along with the 48-page chart and MIDI tracks first, and then performing with the tracks recorded by the live drummers. Volume 2 contains the same 23 orishas (tracks) without the Itótele part. Volume 3 contains the same 23 orishas (tracks) without the Okónkolo part.

Key for the chart:

General Info: Call it a living rhythmic anthology or a collection of percussion lore, the Oru del Igdodú (commonly known as the oru seco, meaning without singing) is a constantly evolving body of work that every respectable percussionist must be familiar with. 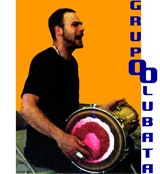 It is said that every possible interesting permutation between the 4/4 and 6/8 meters is represented in the oru seco. The movements are played on three batá (double-headed hourglass drums) led by the main drum -the Iyá- and supported by the Itótele and the Okónkolo. Even a shallow secular analysis of the rhythms will quickly reveal its profound influence of all Caribbean music (salsa being the most general term). The word igbodú refers to a specific location in the ancient land of Yoruba (today known as the african nation of Nigeria), where the oracle was received by priests. In Cuba the igbodú is the area or room set aside as the shrine for the orisha and used during a ceremony or "toque de santo". The toques or rhythms of the igdodú are completely instrumental and are performed by the three drummers in front of the shrine at the beginning of the ceremony. The purpose of the toques is to musically salute all of the orishas (afro-deities). There are 22 to 24 primary toques (23 are demonstrated here) signifying a specific orisha and performed in a set order. While the toques themselves are highly evolved compositionally, they function more like a "call" rather than a rhythm. Each of these "musical prayers" is really a representation of that particular orisha. Thus role of the batá in the ceremonies transcends the usual function of drums, becoming a language that is similar to the spoken dialects of the Yoruba but unique in its own aural properties and its abilty to communicate with the divine realm. 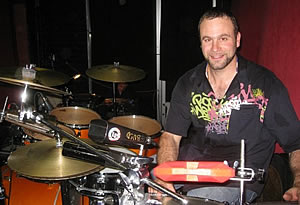 Special Acknowledgement:
Colin Douglas and Latin Pulse Music want to thank Kevin Moore for his outstanding achievements in the field of Caribbean musicology. Around the world there are many who caught the timba "bug" because of him. The Oru Seco transcription we are offering exists only because of his relentless drive to understand what constitutes truly great music.

Kevin Moore is the music editor of www.timba.com and the musical director of the American salsa band Orquesta Gitano. He has studied with dozens of leading Cuban musicians, written many extensive articles on Cuban music, and served as a consultant for features and articles produced by the BBC, the Los Angeles Times, and musicologists from Harvard and other major universities.

TIMBA Back to Top